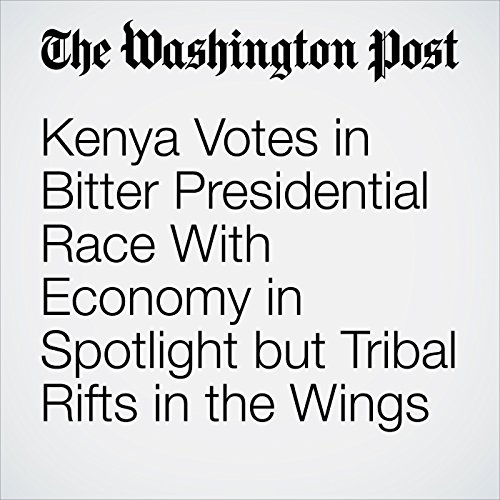 Kenyan voters waited in line for hours Tuesday to decide a fiercely contested race for president, as concerns about possible ethnic violence in the wake of the vote put much of the country on edge.

"Kenya Votes in Bitter Presidential Race With Economy in Spotlight but Tribal Rifts in the Wings" is from the August 08, 2017 Africa section of The Washington Post. It was written by Kevin Sieff and narrated by Sam Scholl.