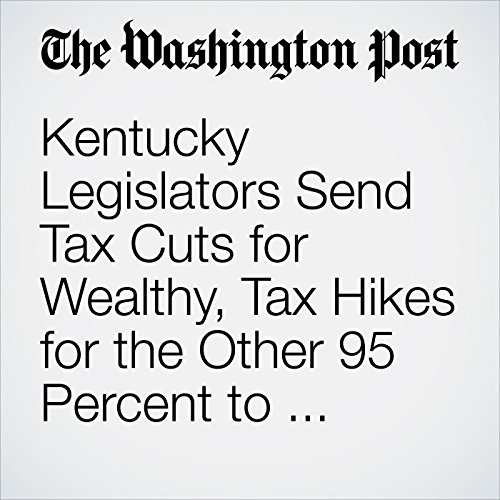 The Kentucky legislature passed a sweeping tax overhaul this week, and now lawmakers are asking Gov. Matt Bevin to sign a bill that would slash taxes for some corporations and wealthy individuals while raising them on 95 percent of state residents, according to a new analysis.

"Kentucky Legislators Send Tax Cuts for Wealthy, Tax Hikes for the Other 95 Percent to Governor’s Desk" is from the April 05, 2018 Business section of The Washington Post. It was written by Jeff Stein and narrated by Sam Scholl.