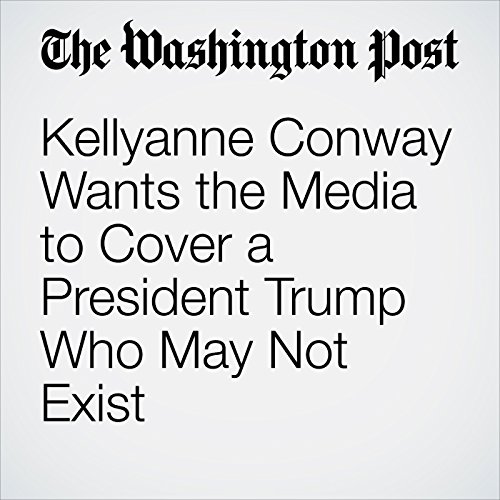 Kellyanne Conway, counselor to the president, would have you believe that there is another President Trump who goes unrecognized by the world: a Donald Trump who, yes, tweets, but who also is the driving force behind the sanitized statements the White House releases, who advocates for complex policy in partnership with Capitol Hill Republicans and who writes the speeches he occasionally reads at events.

"Kellyanne Conway Wants the Media to Cover a President Trump Who May Not Exist" is from the June 05, 2017 Politics section of The Washington Post. It was written by Philip Bump and narrated by Sam Scholl.