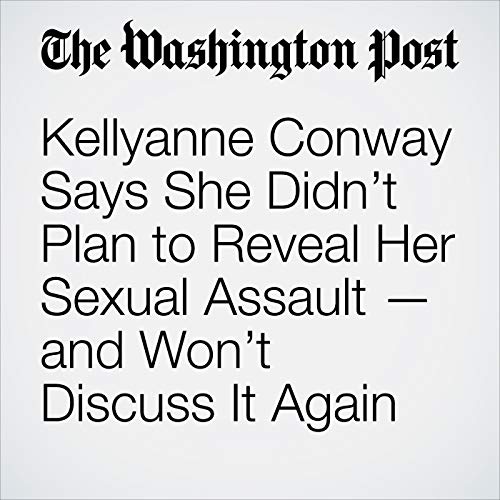 "Kellyanne Conway Says She Didn’t Plan to Reveal Her Sexual Assault — and Won’t Discuss It Again" is from the October 03, 2018 Politics section of The Washington Post. It was written by Alex Horton and narrated by Sam Scholl.