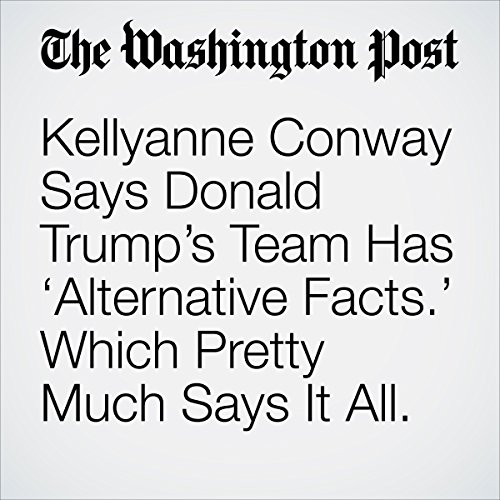 It's a discussion about White House press secretary Sean Spicer, on his first full day in that job, having taken to the podium and made easily disproved claims about the size of Trump's inauguration crowd.

"Kellyanne Conway Says Donald Trump’s Team Has ‘Alternative Facts.’ Which Pretty Much Says It All." is from the January 22, 2017 Politics section of The Washington Post. It was written by Aaron Blake and narrated by Sam Scholl.