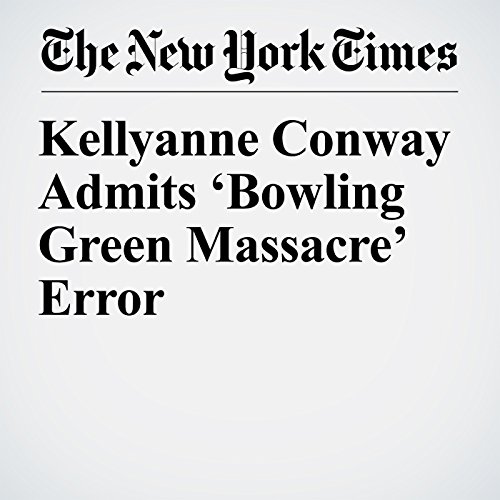 Kellyanne Conway, the adviser to President Donald Trump who coined the phrase “alternative facts,” is facing another firestorm of criticism and fact-checking after she falsely spoke of a “Bowling Green massacre” by Iraqi refugees.

"Kellyanne Conway Admits ‘Bowling Green Massacre’ Error" is from the February 03, 2017 U.S. section of The New York Times. It was written by Joe Coscarelli and narrated by Barbara Benjamin-Creel.