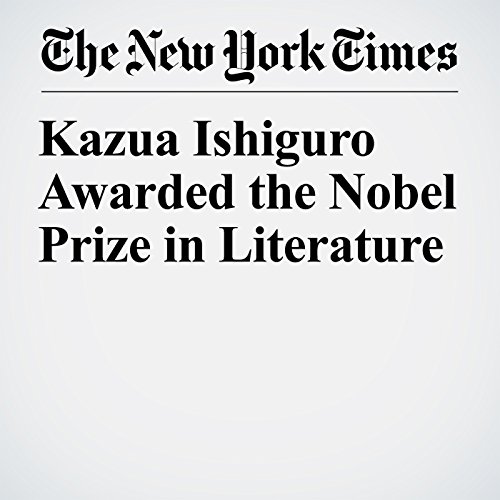 The English novelist Kazuo Ishiguro, known for his spare yet emotionally resonate prose style and his inventive subversion of literary genres, was awarded the Nobel Prize in literature on Thursday.

"Kazua Ishiguro Awarded the Nobel Prize in Literature" is from the October 05, 2017 World section of The New York Times. It was written by Alexandra Alter and narrated by Fleet Cooper.

Who would know that this Nobel Prize winner has written lyrics for Stacey Kent and is an admirer of Bob Dylan and Sherlock Holmes. I'll listen to this more than once as I embark on my goal to read and understand all of Kazua Ishiguro's books. The article mentions that Isiguro's work is like a mixture of author A and author B with a sprinkling of author C. How I love author C. No spoilers.