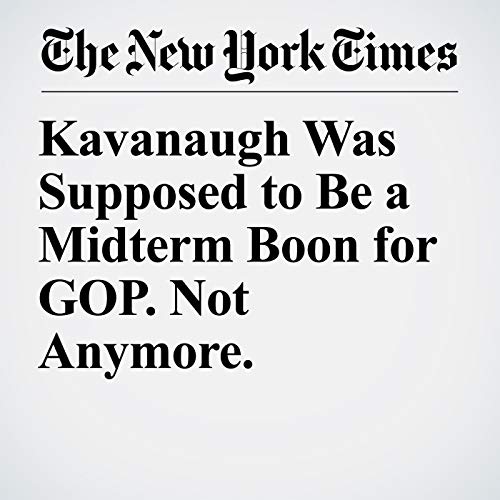 SPRINGFIELD, Mo. — No Republican Senate candidate has been as aggressive in using the Supreme Court nomination of Brett Kavanaugh as a political weapon as Josh Hawley, the Missouri attorney general who is in an intensely tight race against Sen. Claire McCaskill.

"Kavanaugh Was Supposed to Be a Midterm Boon for GOP. Not Anymore." is from the September 23, 2018 U.S. section of The New York Times. It was written by Jonathan Martin and narrated by Fleet Cooper.

Cosa pensano gli ascoltatori di Kavanaugh Was Supposed to Be a Midterm Boon for GOP. Not Anymore.