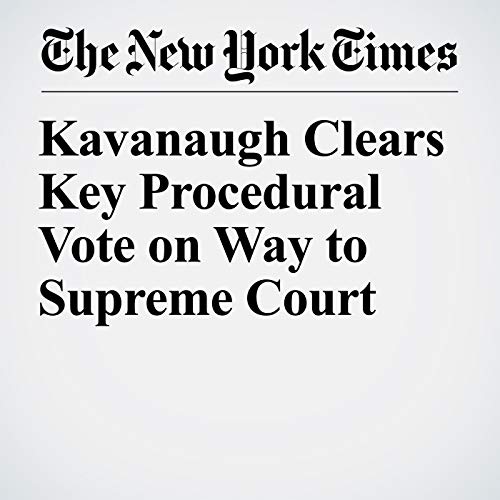 Judge Brett Kavanaugh cleared a major hurdle Friday morning in his quest for the Supreme Court, as the Senate voted narrowly to cut off debate on his nomination and move to a final vote as early as Saturday, but one Republican senator left open the possibility that she could still vote no.

"Kavanaugh Clears Key Procedural Vote on Way to Supreme Court" is from the October 05, 2018 U.S. section of The New York Times. It was written by Sheryl Gay Stolberg and Nicholas Fandos and narrated by Fleet Cooper.