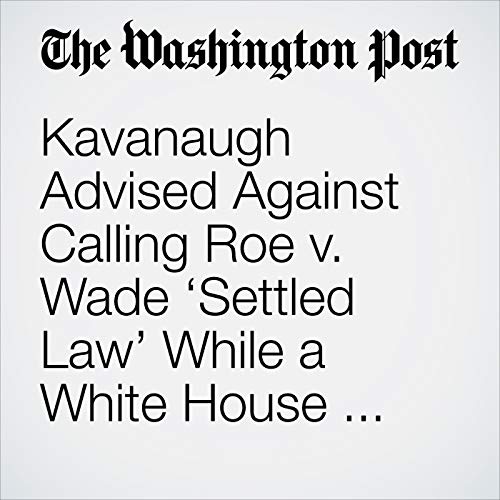 Judge Brett M. Kavanaugh as a White House lawyer in the Bush administration advised against referring to the Supreme Court’s decision in Roe v. Wade as the “settled law of the land,” according to a 2003 email.

"Kavanaugh Advised Against Calling Roe v. Wade ‘Settled Law’ While a White House Lawyer" is from the September 06, 2018 Politics section of The Washington Post. It was written by Robert Barnes andMichael Kranish and narrated by Sam Scholl.