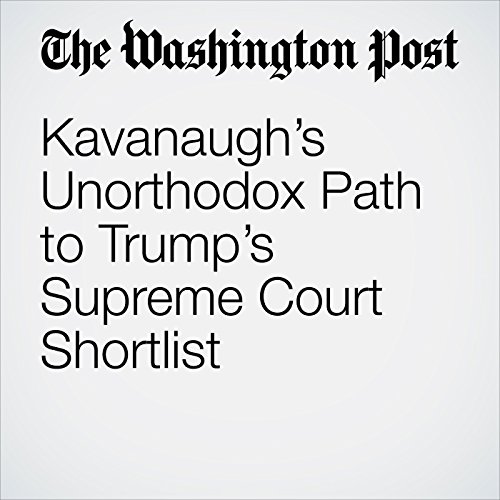 Brett Kavanaugh’s career had traveled a most unusual path through Washington’s scandals. He had overseen an investigation into whether President Clinton’s deputy counsel, Vincent Foster, had been murdered or committed suicide. He had laid out the grounds for impeaching Clinton in the wake of the Monica Lewinsky affair.

"Kavanaugh’s Unorthodox Path to Trump’s Supreme Court Shortlist" is from the July 06, 2018 Politics section of The Washington Post. It was written by Michael Kranish and Ann E. Marimow and narrated by Jenny Hoops.