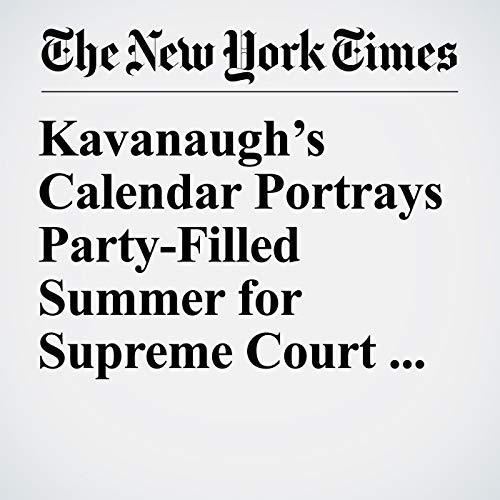 The Senate Judiciary Committee released calendar pages from the summer of 1982 on Wednesday that paint an image of a party-hopping Brett Kavanaugh in high school, complicating his self-drawn portrait of a diligent student obsessed mainly with sports and reaching the top of his class.

"Kavanaugh’s Calendar Portrays Party-Filled Summer for Supreme Court Nominee" is from the September 26, 2018 U.S. section of The New York Times. It was written by Nicholas Fandos and narrated by Keith Sellon-Wright.