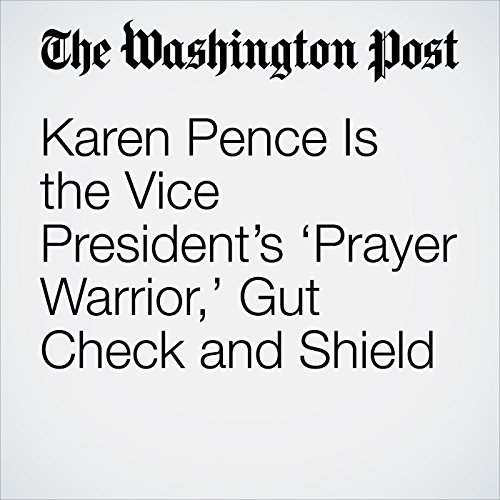 Supporters and critics alike cite her as a force behind her husband’s socially conservative stances, including his opposition to gay marriage and the religious freedom law he signed as governor of Indiana, which opponents worried would allow business owners to discriminate against gays and lesbians by citing religious concerns.

"Karen Pence Is the Vice President’s ‘Prayer Warrior,’ Gut Check and Shield" is from the March 28, 2017 Politics section of The Washington Post. It was written by Ashley Parker and narrated by Jenny Hoops.