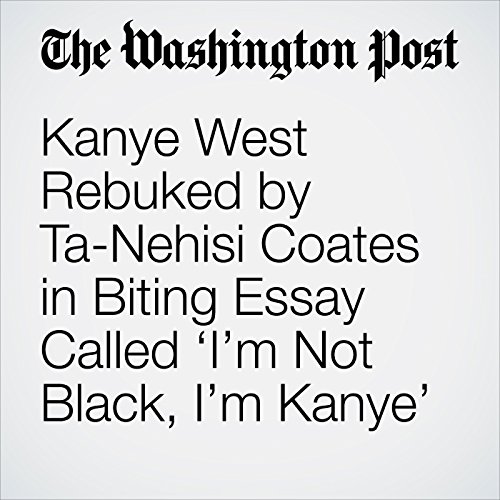 A week ago, Kanye West said that 400 years of slavery was a “choice,” appearing to blame enslaved black people for not freeing themselves sooner. He said that the discussion about putting Harriet Tubman on the $20 bill made him want “to use Bitcoin,” because, “It’s like when you see all the slave movies: Why you gotta keep reminding us about slavery?” And West said that certain black icons such as Martin Luther King Jr. and Malcolm X are “just too far in the past and not relatable and that’s what makes them safe.”

"Kanye West Rebuked by Ta-Nehisi Coates in Biting Essay Called ‘I’m Not Black, I’m Kanye’" is from the May 08, 2018 National section of The Washington Post. It was written by Meagan Flynn and narrated by Sam Scholl.