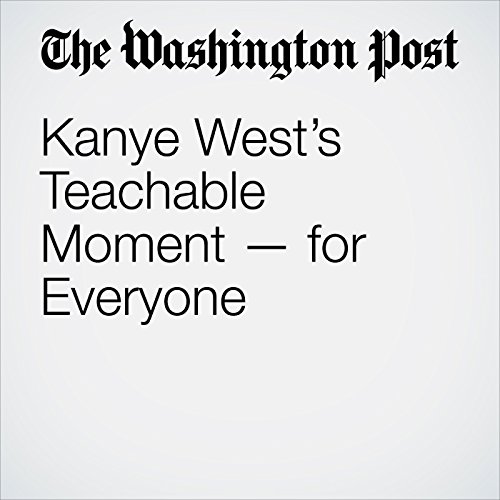 When McGraw-Hill Education published a textbook that described the transatlantic slave trade as a “pattern of immigration” that brought “millions of workers from Africa to the southern United States to work on agricultural plantations,” a Houston mother, Roni Dean-Burren, took to social media to express her outrage. A controversy ensued. While the company initially responded by calling the passage an “editorial mistake,” many saw it as serious — and dangerous — misinformation. Workers get paid; enslaved people rarely received financial compensation for their labor. Enslaved Africans did not come to the New World as immigrants who had the choice to move.

"Kanye West’s Teachable Moment — for Everyone" is from the May 04, 2018 Opinion section of The Washington Post. It was written by Daina Ramey Berry and narrated by Jenny Hoops.