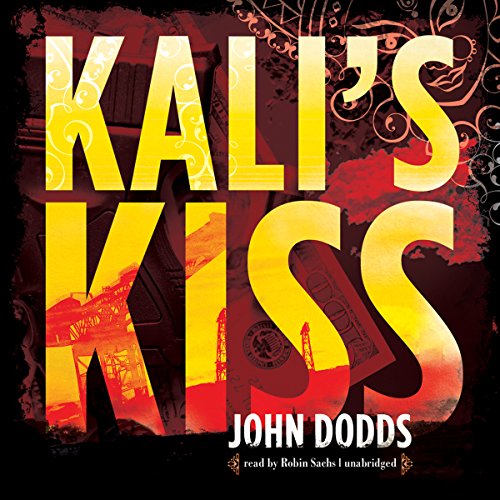 When an unidentified young Indian bride is ritualistically murdered, Detective Inspector Tom Kendrick and forensic anthropologist Elizabeth Bell are mobilized to hunt down the perpetrators. But Kali keeps spinning her web. Elizabeth finds herself in mortal danger, and a criminal network involved in illegal immigration and drug production gradually emerges from the shadows. Meanwhile, small-time crook Suyaal Ackhbaar is being blackmailed by a vicious gang lord into delivering unsuspecting immigrants to work as slave labor in a drug factory.

Kali’s Kiss is John Dodds’ follow up to the novel Bone Machines, which introduced DI Tom Kendrick. This second book in the series takes listeners on a fast-paced journey into the underground of Glasgow’s multicultural community, exploring issues of race, politics, and twisted human motivations.

About the author: John Dodds is a Scottish writer best known for his crime, horror, and fantasy fiction. Of his numerous short stories, three received honorable mention in The Year’s Best Fantasy and Horror anthology series.

Gripping to the last

Unputdownable. Great narration, I was completely there with all the characters! Particularly enjoyed getting to know Kendrick a bit better, too.