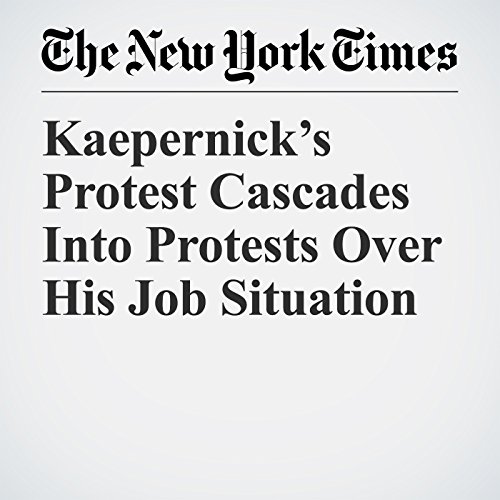 Kaepernick’s Protest Cascades Into Protests Over His Job Situation

The most talked-about NFL player this season may not even be taking the field.The player, Colin Kaepernick, a former quarterback for the San Francisco 49ers, caused conflict last season by kneeling during the national anthem before games to protest police brutality and racial oppression. He inspired several other players to follow suit or make similar gestures, leading to debate and discussion about whether athletes should publicly engage in political discourse — and how actively.

"Kaepernick’s Protest Cascades Into Protests Over His Job Situation" is from the August 23, 2017 Sports section of The New York Times. It was written by Ken Belson and narrated by Keith Sellon-Wright.