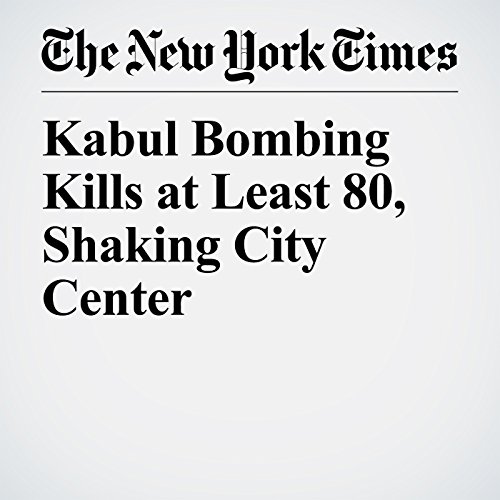 A truck bombing near the Afghan presidential palace early Wednesday killed at least 80 people and wounded hundreds, officials said. The death toll seemed certain to rise, and the attack appeared to be one of the bloodiest of the long Afghan war.

"Kabul Bombing Kills at Least 80, Shaking City Center" is from the May 31, 2017 World section of The New York Times. It was written by Mujib Mashal and Fahim Abed and narrated by Kristi Burns.