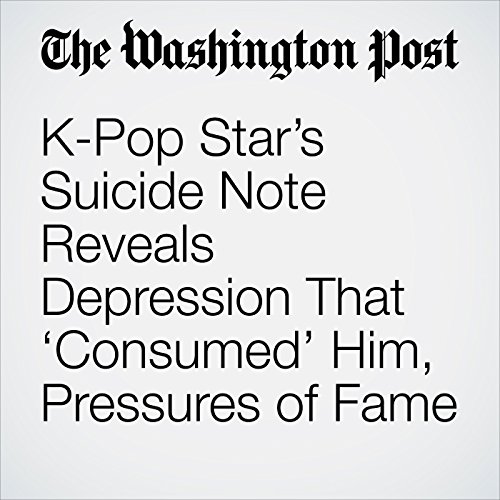 An apparent suicide note left by K-pop star Kim Jong-hyun — the SHINee singer best known by his stage name, Jonghyun — revealed the depth of his struggles with depression before he died Monday. The music idol’s death left millions of fans around the world in shock and forced a spotlight on mental health in South Korea.

"K-Pop Star’s Suicide Note Reveals Depression That ‘Consumed’ Him, Pressures of Fame" is from the December 19, 2017 World section of The Washington Post. It was written by Amy B. Wang and narrated by Sam Scholl.