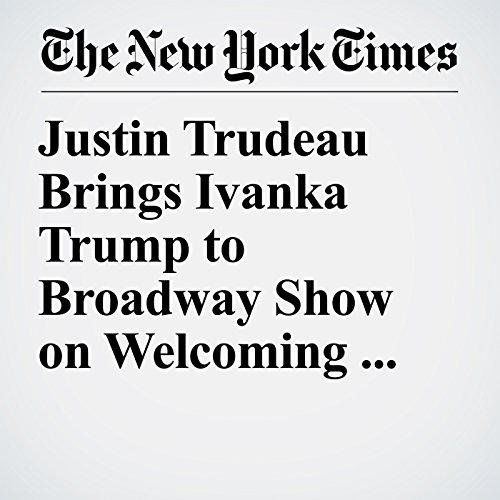 Prime Minister Justin Trudeau of Canada, whose emphasis on welcoming refugees has been at odds with the harsher stance of the Trump administration, on Wednesday night brought Ivanka Trump to a Broadway show that celebrates generosity toward foreigners in need.

"Justin Trudeau Brings Ivanka Trump to Broadway Show on Welcoming Outsiders" is from the March 16, 2017 World section of The New York Times. It was written by Michael Paulson and narrated by Keith Sellon-Wright.