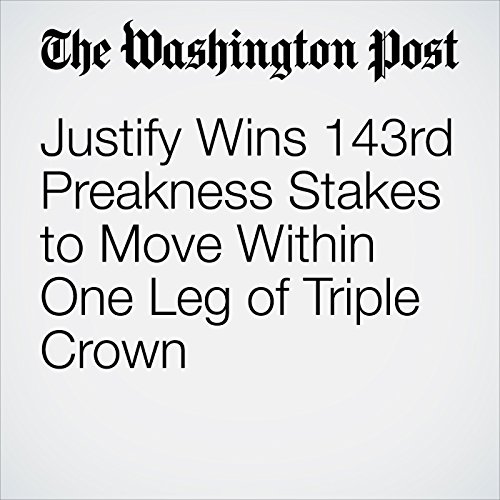 BALTIMORE — The horses, a rumor of thundering hoofs and distant roars disappearing into the fog at the first turn, made an invisible loop around Pimlico Race Course’s liquid track, then suddenly reappeared out of the gauzy mist and came heaving and splashing down the homestretch. Out in front was the strapping chestnut colt named Justify, his white blaze the first thing to come into view. But behind him — and keeping pace, if not gaining — was a pack of rivals.

"Justify Wins 143rd Preakness Stakes to Move Within One Leg of Triple Crown" is from the May 19, 2018 Sports section of The Washington Post. It was written by Dave Sheinin and narrated by Sam Scholl.