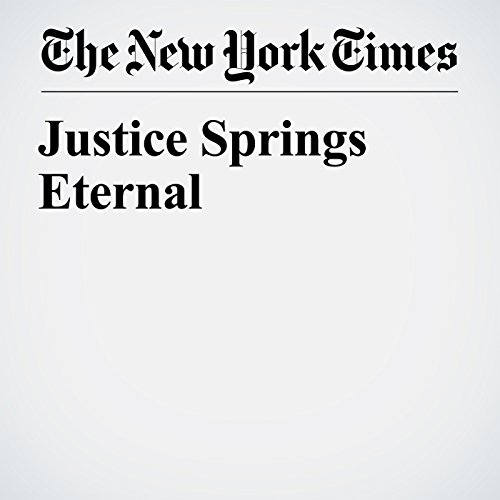 This wasn’t how the story was supposed to end. After almost 50 years of relentless prison-building in the United States, of aggressive policing and a war on drugs that goes after our most vulnerable citizens, the movement for a more merciful criminal justice system had begun to seem, if not unstoppable, at least plenty powerful.

"Justice Springs Eternal" is from the March 25, 2017 Opinion section of The New York Times. It was written by James Forman Jr. and narrated by Fleet Cooper.