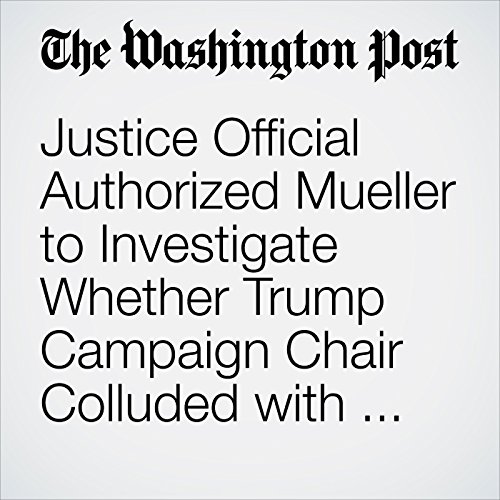 "Justice Official Authorized Mueller to Investigate Whether Trump Campaign Chair Colluded with Russia" is from the April 03, 2018 National section of The Washington Post. It was written by Spencer S. Hsu and Rosalind S. Helderman and narrated by Sam Scholl.