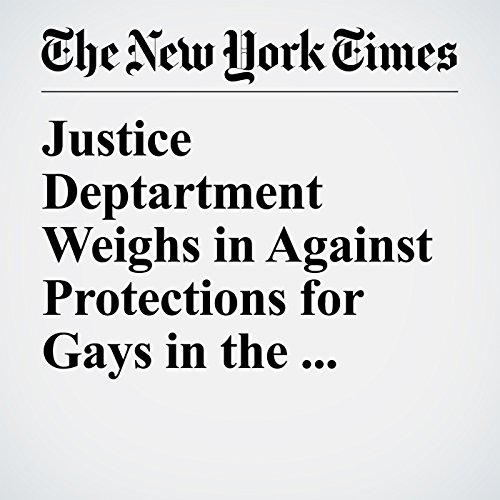 The Department of Justice has filed court papers arguing that a major federal civil rights law does not protect employees from discrimination based on sexual orientation in a case now being considered by a New York appeals court.

"Justice Department Weighs in Against Protections for Gays in the Workplace" is from the July 27, 2017 U.S. section of The New York Times. It was written by Alan Feuer and narrated by Keith Sellon-Wright.