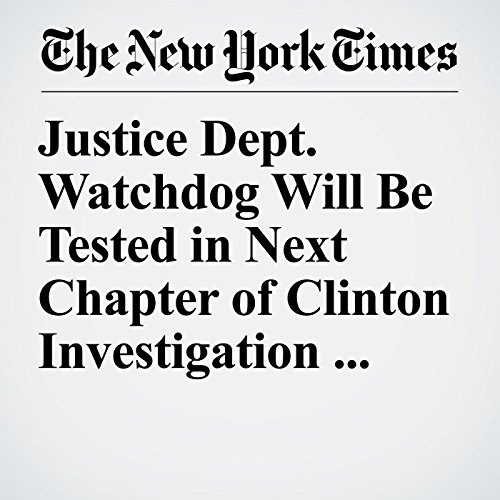 Justice Dept. Watchdog Will Be Tested in Next Chapter of Clinton Investigation Firestorm

In the office of Attorney General Jeff Sessions hangs a portrait of his predecessor Edwin Meese, the Reagan-era conservative. Near the desk of the deputy attorney general is a painting of former Attorney General John Ashcroft, who pressed to expand the Justice Department’s powers after Sept. 11.

"Justice Dept. Watchdog Will Be Tested in Next Chapter of Clinton Investigation Firestorm" is from the June 13, 2018 U.S. section of The New York Times. It was written by Katie Benner and narrated by Keith Sellon-Wright.