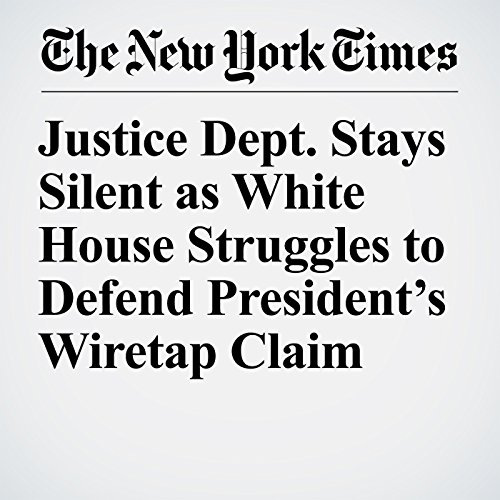 In normal circumstances, a “no comment” from the Justice Department on the status of any investigation would be standard practice. And certainly there has never been any indication that Trump himself was the target of inquiries by the department and congressional intelligence committees into possible contacts between his associates and members of the Russian government.

"Justice Dept. Stays Silent as White House Struggles to Defend President’s Wiretap Claim" is from the March 09, 2017 U.S. section of The New York Times. It was written by Michael D. Shear and Eric Lichtblau and narrated by Caroline Miller.