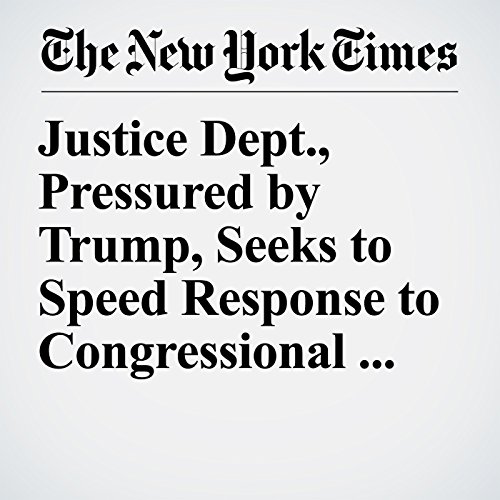 The Justice Department, accused by President Donald Trump of “slow walking” its response to a congressional inquiry into the FBI’s handling of the Hillary Clinton email case, said on Sunday that it was appointing a U.S. attorney to speed the production of documents.

"Justice Dept., Pressured by Trump, Seeks to Speed Response to Congressional Inquiry" is from the April 09, 2018 U.S. section of The New York Times. It was written by Katie Benner and narrated by Kristi Burns.