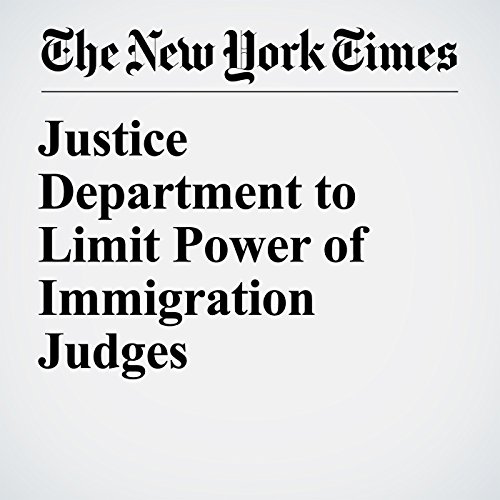 Attorney General Jeff Sessions issued a directive Thursday that places limits on a tool commonly used by immigration judges and could put hundreds of thousands of deportation cases that are essentially closed back on federal court dockets.

"Justice Department to Limit Power of Immigration Judges" is from the May 18, 2018 U.S. section of The New York Times. It was written by Katie Benner and narrated by Mike DelGaudio.