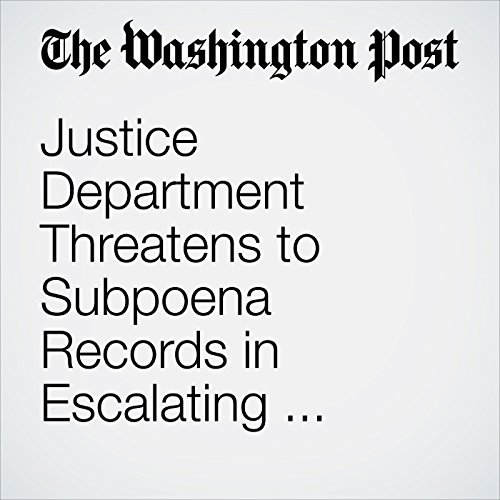 The Justice Department on Wednesday escalated its attempt to crack down on so-called “sanctuary” jurisdictions, threatening to subpoena 23 states, cities and other localities which have policies the department suspects might be unlawfully interfering with immigration enforcement.

"Justice Department Threatens to Subpoena Records in Escalating Battle With ‘Sanctuary’ Jurisdictions" is from the January 24, 2018 National section of The Washington Post. It was written by Matt Zapotosky and narrated by Sam Scholl.