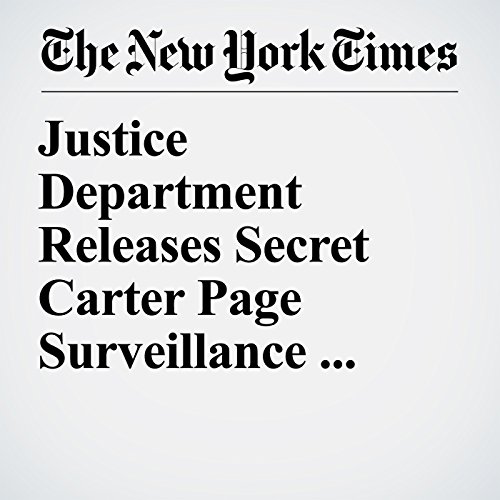 The Trump administration disclosed on Saturday a previously top-secret set of documents related to the wiretapping of Carter Page, the onetime Trump campaign adviser who was at the center of highly contentious accusations by Republicans on the House Intelligence Committee that the FBI had abused its surveillance powers.

"Justice Department Releases Secret Carter Page Surveillance Documents at Center of Partisan Clash" is from the July 21, 2018 U.S. section of The New York Times. It was written by Charlie Savage and narrated by Kristi Burns.