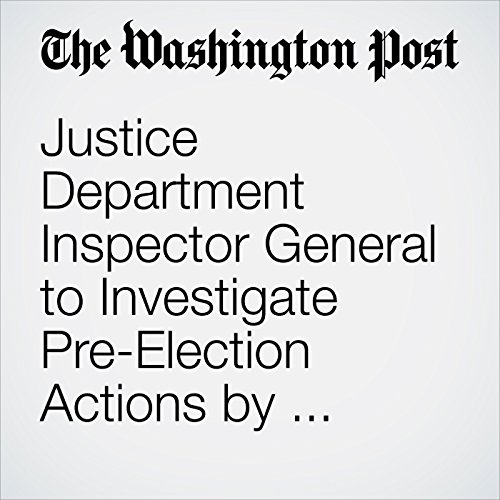 The investigation will be wide ranging — encompassing Comey’s various letters and public statements on the matter and whether FBI or other Justice Department employees leaked nonpublic information, according to a news release from Inspector General Michael E. Horowitz.

"Justice Department Inspector General to Investigate Pre-Election Actions by Department and FBI" is from the January 12, 2017 Politics section of The Washington Post. It was written by Matt Zapotosky and Sari Horwitz and narrated by Sam Scholl.