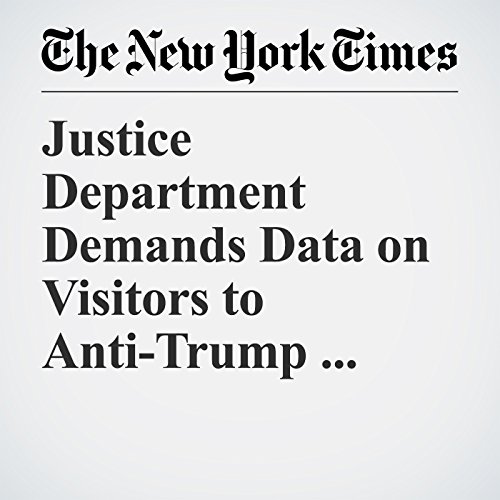 The Justice Department is trying to force an internet hosting company to turn over information about everyone who visited a website used to organize protests during President Donald Trump’s inauguration, setting off a new fight over surveillance and privacy limits.

"Justice Department Demands Data on Visitors to Anti-Trump Website, Sparking Fight" is from the August 15, 2017 U.S. section of The New York Times. It was written by Charlie Savage and narrated by Kristi Burns.