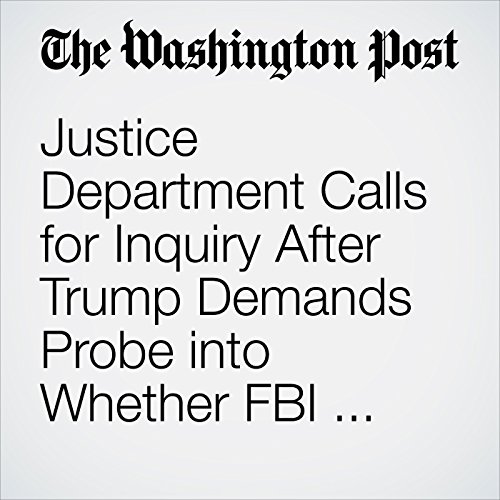 Under pressure from President Trump, the Justice Department on Sunday asked its inspector general to assess whether political motivation tainted the FBI investigation into ties between Russia and Trump’s campaign — a remarkable step officials hoped might avert a larger clash between the president and federal law enforcement officials.

"Justice Department Calls for Inquiry After Trump Demands Probe into Whether FBI ‘Infiltrated or Surveilled’ His Campaign" is from the May 20, 2018 Politics section of The Washington Post. It was written by Matt Zapotosky, Robert Costa and David Nakamura and narrated by Sam Scholl.