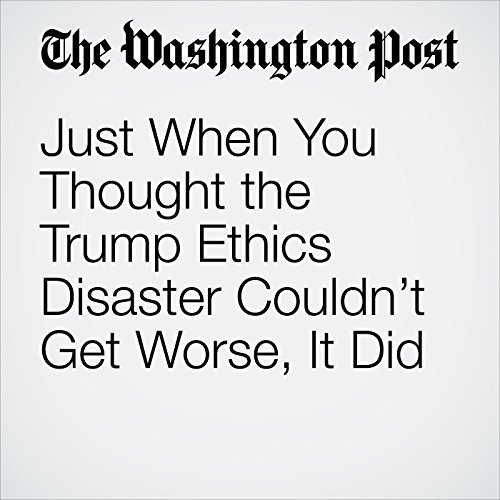 For two weeks now, the majority leadership in the new Congress and the incoming Trump administration have been conducting a war on ethics. This has ranged from the effort to cripple the Office of Congressional Ethics to the Senate’s rush to confirm President-elect Donald Trump’s nominees before their financial conflicts disclosures were complete to Trump’s own inadequate plan to address his ethical problems.

"Just When You Thought the Trump Ethics Disaster Couldn’t Get Worse, It Did" is from the January 16, 2017 Opinion section of The Washington Post. It was written by Richard Painter and Norman Eisen and narrated by Sam Scholl.

Cosa pensano gli ascoltatori di Just When You Thought the Trump Ethics Disaster Couldn’t Get Worse, It Did