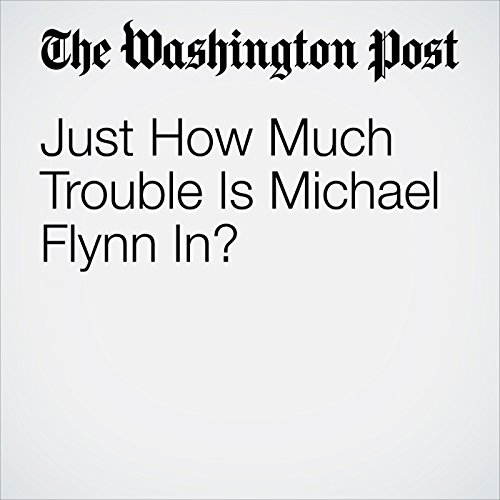 On Wednesday, national security adviser Michael Flynn told The Washington Post that he and Russian Ambassador Sergey Kislyak had never discussed the sanctions put in place by the Obama administration in a series of communications in December 2016.

On Thursday, Flynn told The Post — through a spokesman! — that, well, who could say what he and Kislyak talked about. Flynn “indicated that while he had no recollection of discussing sanctions, he couldn’t be certain that the topic never came up,” the spokesman said.

"Just How Much Trouble Is Michael Flynn In?" is from the February 10, 2017 Politics section of The Washington Post. It was written by Chris Cillizza and narrated by Jill Melancon.

Cosa pensano gli ascoltatori di Just How Much Trouble Is Michael Flynn In?