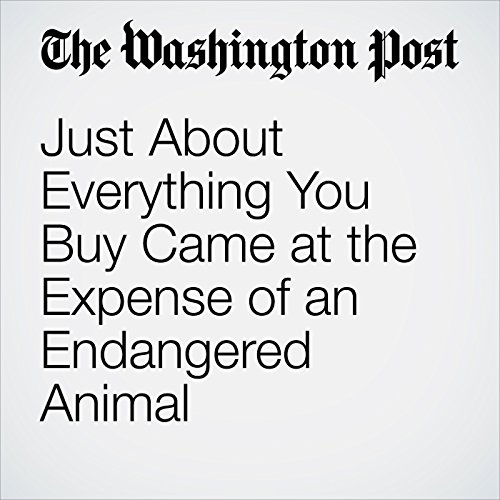 Goods that sit in stores across the United States had their origins in areas where monkeys, toads, sea cows and big cats live. Those elements, which animals in shrinking habitats need to survive, are used in products made by 15,000 industries worldwide and consumed in 187 countries, disproportionately in the United States and Europe. More than 6,500 species of wildlife suffer because of it.

"Just About Everything You Buy Came at the Expense of an Endangered Animal" is from the January 05, 2017 Energy & Environment section of The Washington Post. It was written by Darryl Fears and narrated by Jill Melancon.