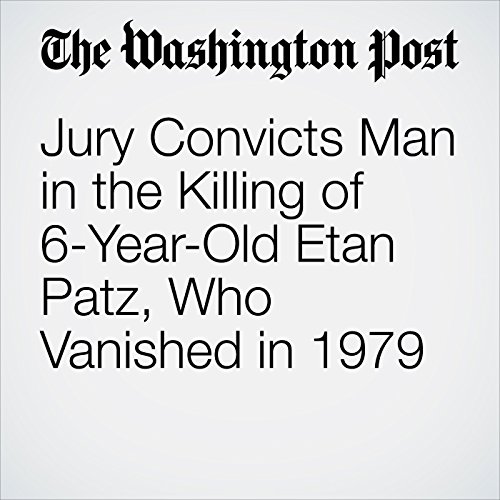 Nearly four decades after the disappearance of 6-year-old Etan Patz, a jury has convicted a man in the 1979 kidnapping and killing in which no body has been found.

"Jury Convicts Man in the Killing of 6-Year-Old Etan Patz, Who Vanished in 1979" is from the February 14, 2017 True Crime section of The Washington Post. It was written by Amy B Wang and Lindsey Bever and narrated by Sam Scholl.