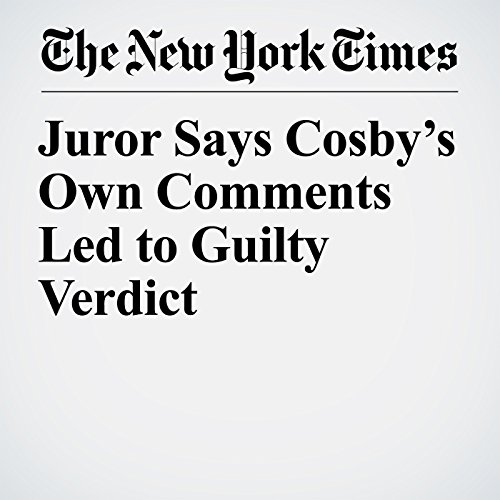 The most damning evidence in Bill Cosby’s sexual assault trial was not the victim’s testimony or statements by five other women who said he had also assaulted them, a juror said Monday. It was Cosby’s own comments.

"Juror Says Cosby’s Own Comments Led to Guilty Verdict" is from the April 30, 2018 U.S. section of The New York Times. It was written by Matthew Haag and narrated by Kristi Burns.