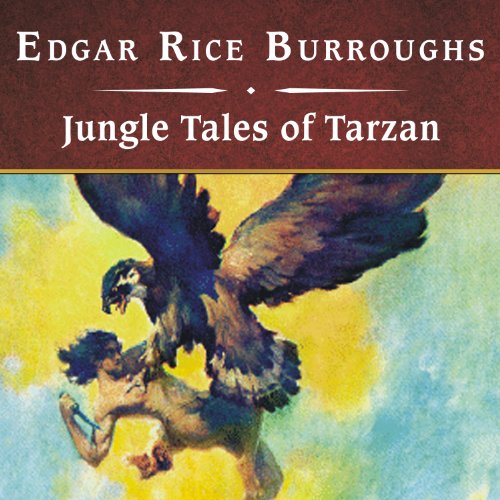 In this collection of 12 short stories, Burroughs returns to Tarzan's early years, providing new depth and detail to the Lord of the Jungle during his time among the great apes. Having learned to read from his father's books, Tarzan seeks to apply his knowledge to the world around him and to learn more about life, death, dreams, God, love, and friendship. Tarzan challenges his best friend Taug in a fight to the death, but then risks his life to save him; he has nightmares after eating rancid elephant meat only to awake and be faced with a live, man-eating gorilla; twice he sports a lion's skin to play a practical joke, but he doesn't always have the last laugh!

The Jungle Tales include:

These tales are so well written, it is hard to believe they where written so long ago. I enjoyed them very much, very exciting, fast paced and the best part is, they are clean and my grandchildren can listen with me.

Good story telling as are most of Burroughs’ books. But Edgar was very racist. Not for kids.