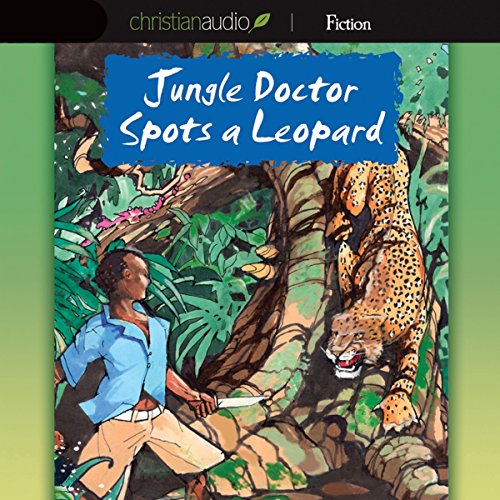 Fear has gripped the hearts of the villagers. A killer leopard is moving closer and closer - a leopard which has only four toes on one foot. Old ex-chief Madole is also missing a finger. Could it be that he is using witchcraft to turn himself into a leopard, seeking revenge on those who took away his power?

Another thrilling adventure from Paul White based in Mvumi hospital, Tanzania.

Excellently written. Masterfully performed! Kept the kids on the edge of their seats. Exciting exciting exciting. And good Gospel all throughout. Wonderful read/listen.

More jungle happenings from author Dr. Paul White. A good read and a good companion. Enter the world of the Tanganyikan tribes-people and their formidable natural foes. A well-written, light-hearted approach to some dark dealings and subject-matter.

Anecdotal tales that are both entertaining and thought-provoking. Stories of good and evil, friendship and danger, struggle and hope. Well-paced and easy-going with good humour. Another gem in the 'Jungle Doctor' collection that makes for an engaging and enjoyable read.

A joy and a delight

To listen to the stories I read as a child narrated so well is a real delight. Thank you for producing these and brining back fond memories.