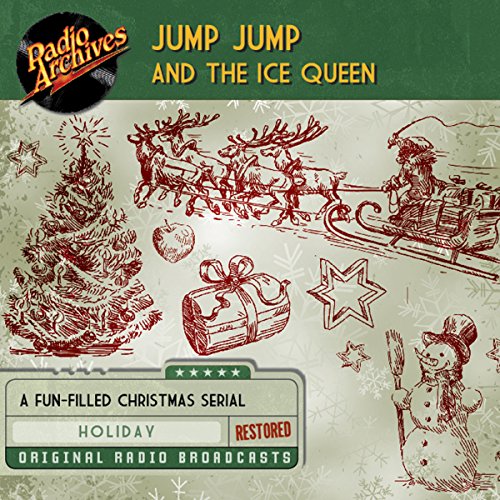 Jump Jump and the Ice Queen

It's nearly Christmas, and a young orphan named Tim is worried; his friend, Billy, is concerned that Santa Claus may not visit this year. So, late one night, Tim sets off to find Santa by following the North Star through the woods. After walking for many hours, he lies down to take a nap - and imagine his surprise when suddenly he wakes to discover a little boy elf, not more than three inches high, jumping on his knees and excitedly gabbing in real elf talk! The elf's name is Jump Jump, and he lives at Holiday House, a place where every day is a holiday. Mary Holiday lives there, too - and she's Santa's own personal secretary!

Fans of The Cinnamon Bear will thrill to the rediscovery of this holiday serial, with its quiet good nature, effective characterizations, and simple sincerity. Tim Meets Jump Jump (#1); Sleepy Slim and the Wishing Star (#2); Traveling to the North Pole (#3); The Poet (#4); Arriving at the North Pole (#5); Santa's Reindeer Kidnapped (#6); A Tour of Santa's Workshop (#7).