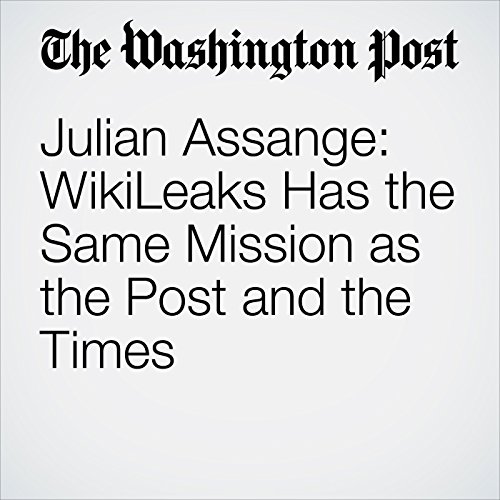 The truths we publish are inconvenient for those who seek to avoid one of the magnificent hallmarks of American life — public debate. Governments assert that WikiLeaks’ reporting harms security. Some claim that publishing facts about military and national security malfeasance is a greater problem than the malfeasance itself.

"Julian Assange: WikiLeaks Has the Same Mission as the Post and the Times" is from the April 11, 2017 Opinion section of The Washington Post. It was written by Julian Assange and narrated by Barbara Benjamin-Creel.

Cosa pensano gli ascoltatori di Julian Assange: WikiLeaks Has the Same Mission as the Post and the Times