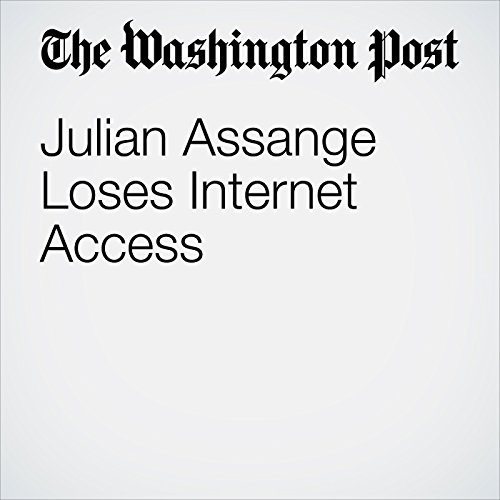 LONDON — Julian Assange, the controversial founder of WikiLeaks, has been barred from using the Internet at the Ecuadoran Embassy in London, where he has been holed up for nearly six years, the Ecuadoran government announced.

"Julian Assange Loses Internet Access" is from the March 29, 2018 World section of The Washington Post. It was written by William Booth and Karla Adam and narrated by Sam Scholl.