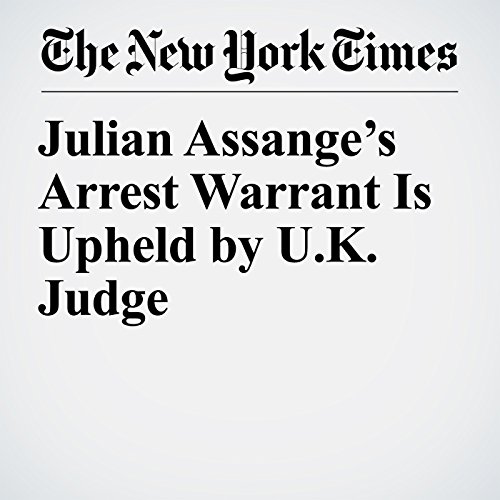 A British judge upheld an arrest warrant for Julian Assange for the second time in a week on Tuesday, a significant setback for him after 5 1/2 years of evading authorities by living in the Ecuadorean Embassy in London.

"Julian Assange’s Arrest Warrant Is Upheld by U.K. Judge" is from the February 13, 2018 World section of The New York Times. It was written by Richard Pérez Peña and Iliana Magra and narrated by Kristi Burns.