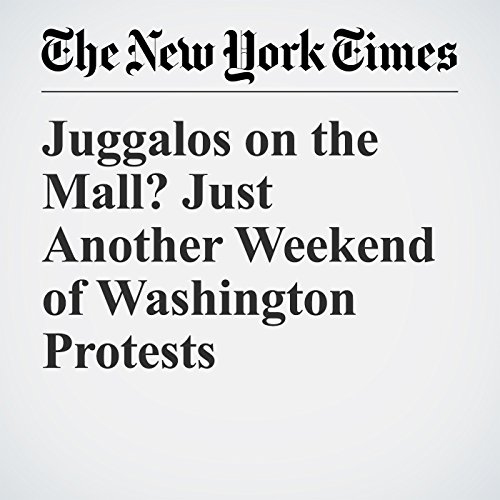 WASHINGTON — Bound for the Lincoln Memorial, thousands of demonstrators ambled block after block through the city, shouting obscenities, their faces streaked with sweat and clown paint.

"Juggalos on the Mall? Just Another Weekend of Washington Protests" is from the September 16, 2017 U.S. section of The New York Times. It was written by Emily Baumgaertner and narrated by Kristi Burns.