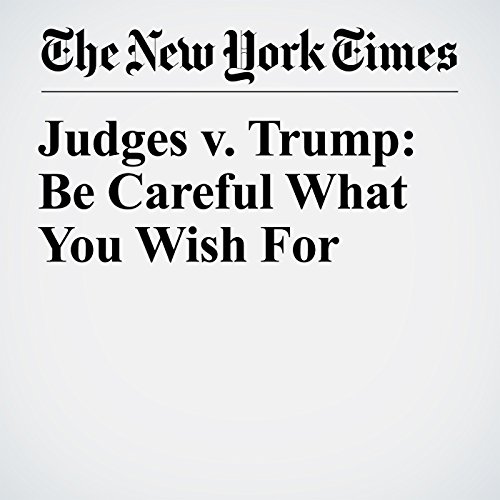 Judges v. Trump: Be Careful What You Wish For

The opinion of the United States Court of Appeals for the Ninth Circuit upholding the temporary restraining order against President Trump’s travel ban has received a fair amount of criticism from legal experts. They point out that the president enjoys considerable legal authority to take immigration-related actions.

"Judges v. Trump: Be Careful What You Wish For" is from the February 15, 2017 Opinion section of The New York Times. It was written by Eric Posner and narrated by Kristi Burns.