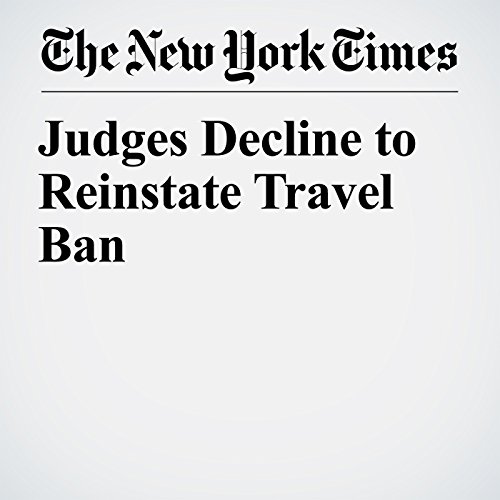 The three-judge panel, suggesting that the ban did not advance national security, said the administration had shown “no evidence” that anyone from the seven nations — Iran, Iraq, Libya, Somalia, Sudan, Syria and Yemen — had committed terrorist acts in the United States.

"Judges Decline to Reinstate Travel Ban" is from the February 09, 2017 U.S. section of The New York Times. It was written by Adam Liptak and narrated by Caroline Miller.