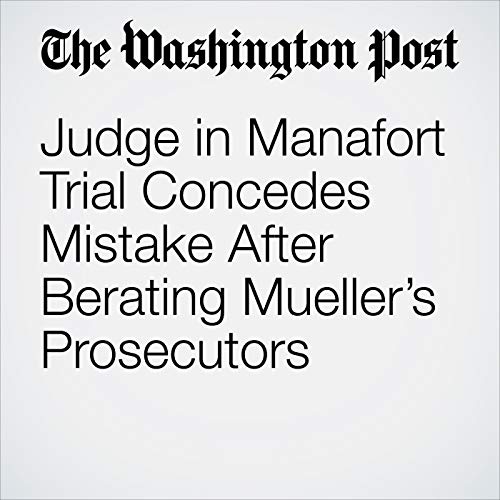 The judge overseeing Paul Manafort’s trial, who has berated prosecutors daily for perceived missteps and slights, told the jury Thursday to ignore one of his outbursts, saying he was “probably wrong.”

"Judge in Manafort Trial Concedes Mistake After Berating Mueller’s Prosecutors" is from the August 09, 2018 Politics section of The Washington Post. It was written by Rachel Weiner, Matt Zapotosky, Lynh Bui and Devlin Barrett and narrated by Jenny Hoops.