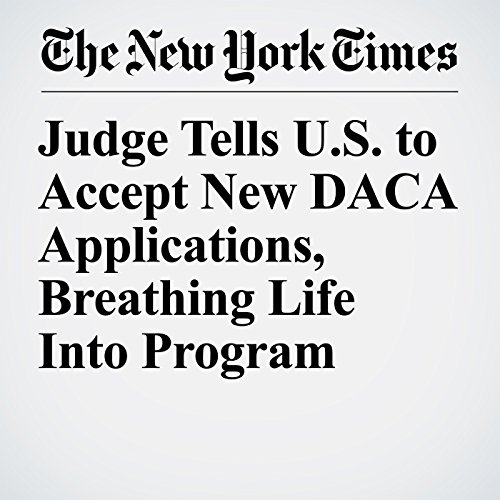 In the biggest setback yet for the Trump administration in its attempt to end a program that shields some young adults from deportation, a federal judge ruled Tuesday that the protections must stay in place and that the government must resume accepting new applications.

"Judge Tells U.S. to Accept New DACA Applications, Breathing Life Into Program" is from the April 25, 2018 U.S. section of The New York Times. It was written by Miriam Jordan and narrated by Keith Sellon-Wright.