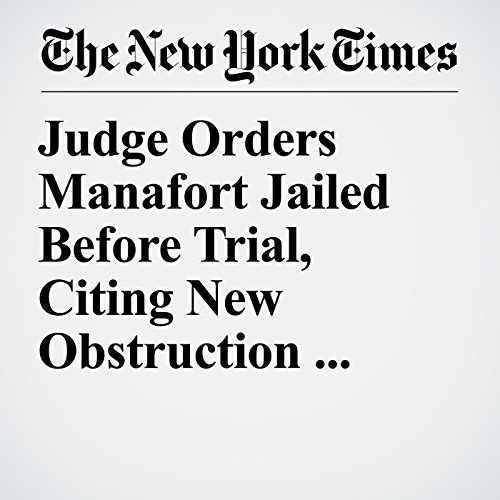 A federal judge revoked Paul Manafort’s bail and sent him to jail Friday to await trial, citing new charges that Manafort had tried to influence the testimony of two of the government’s witnesses after he had been granted bail.

"Judge Orders Manafort Jailed Before Trial, Citing New Obstruction Charges" is from the June 15, 2018 U.S. section of The New York Times. It was written by Sharon Lafraniere and narrated by Barbara Benjamin-Creel.